“Because of a failed bail system, thousands arrested and charged with crimes in Tarrant County are out on the streets with active warrants free to commit crimes and prey upon our citizens. As your next District Attorney, I’ll oppose low bail amounts and prosecute these criminals to make our streets safe,” Sorrells says. 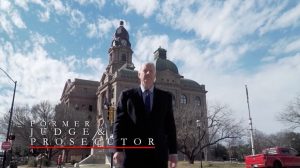